An upcoming Sailor Moon inspired video game is looking for funding on Kickstarter. Pretty Kitty Fuzzy is a 2D shooter starring a cat which is based on magical girl anime like Sailor Moon and a real life house cat named Fuzzy. This is a retro style game inspired heavily by SNES era 16 shooters. Pledges as low as $5 can get the game, though pledging more will lead to special incentives. The game will be made for Windows, Mac and Linux if $2000 is reached, though there are stretch goals if more funds are collected. Incentives include a manga, poster, t-shirt and soundtrack. Stretch goals include an animated opening, an extra mini game and possible ports to other systems.

Watch this video for more details! 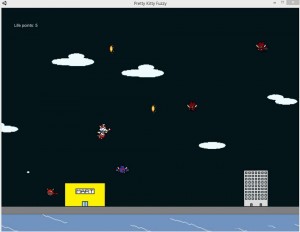 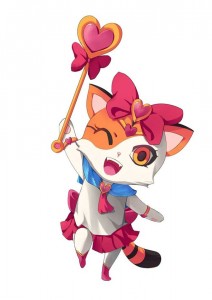