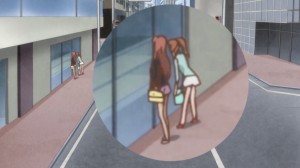 There’s a neat little easter egg in the third episode of Sailor Moon Crystal in the appearance of two characters who will likely show up later in the series. I would never have noticed it at first but it was pointed out to me by Yosenex of Go Robo Now. Check out his review of act 3 for his thoughts on the episode. What we can see in this screenshot are two girls standing on the sidewalk which bear a striking resemblance to Unazuki and Reika. Unazuki Furuhata is Motoki’s younger sister and Reika Nishimura is his girlfriend. Both appear in a number of episodes of the anime and throughout the manga. 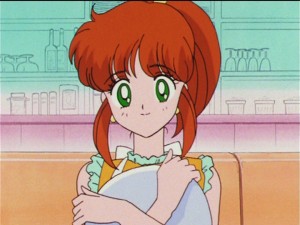 Reika’s hair is fairly generic but Unazuki’s is more specific and recognizable which leads me to believe that this similarity was intended. What you you think? 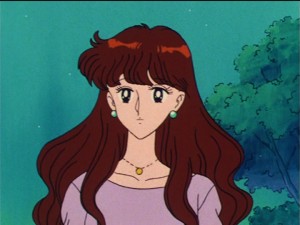 Here is an undoctored screenshot of the scene which appears right before the commercial break, at about 11:27, right after Usagi and Mamoru’s encounter on the bus. 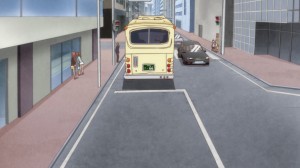 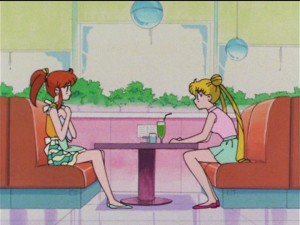 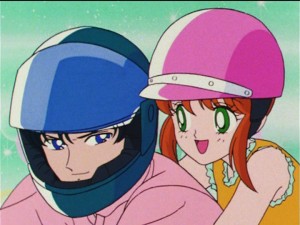