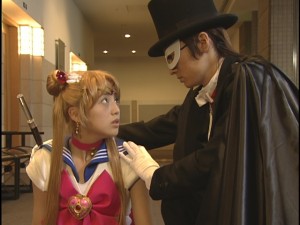 I have decided to rewatch the live action Sailor Moon series commonly referred to as PGSM or Pretty Guardian Sailor Moon. Since there hasn’t been much going on with this site lately it seemed like a good opportunity to do some episode reviews as I watch them. I always enjoyed doing episodes summaries for Sailor Moon Crystal and for the original Sailor Moon anime episodes as they were released on Hulu. To categorize these as reviews or even summaries doesn’t seem totally accurate as I’ll neither be giving any sort of rating on the episode or giving anything resembling a coherent summary of events but instead I’ll discuss some of the content as I find it relevant as I’ve done with the other series. 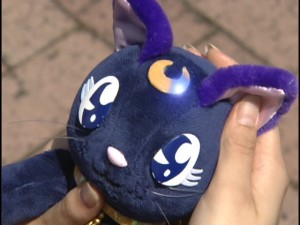 While the show was relatively popular amongst fans it seems like some of you have never actually watched it! Might I suggest that this would be a good time to get caught up? Old or new fans interested in watching the series for the first time or rewatching it like myself can download episodes from either TV-Nihon or Miss Dream. TV-Nihon originally fan subbed the series as it was released on TV back in 2003-2004. They are a group that primarily subtitles Sentai series such as Power Rangers, which the live action Sailor Moon series has some things in common with. Miss Dream on the other hand is a Sailor Moon fan subbing group with more experience with the anime, musicals and manga. Both have authored their releases from DVD source material so you won’t have to deal with those annoying time stamps that came with the TV broadcast version of the show. 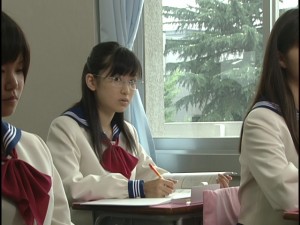 I know I’ve earned myself a bit of a reputation as a cynic for some of my critical or mocking comments about the series so let me assure you that I absolutely adore this series. As Sailor Moon goes I think it rivals only the first season of the original anime in quality. It has great character drama and a lot of original elements unique to this series. Fans who have passed on this show for being too cheap looking should really give it a shot! 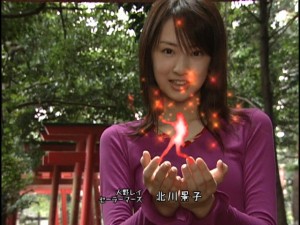 If you’re watching along at home, remember the series from a while back or are just curious as to what this series was about, feel free to join the community in the comments of these blog posts to discuss the episodes. I don’t anticipate have any fixed schedule for posting these and haven’t really settled on a format, but I’m leaning towards two episodes per post. I’m at the whim of a 5 month old’s naps at this stage in my life so as always the content will be there when it’s there!