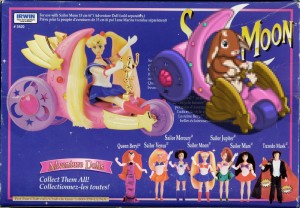 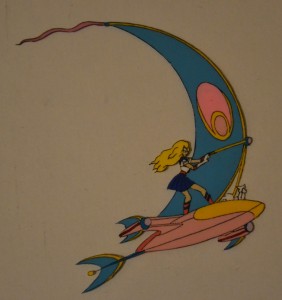 I bought a Moon Cycle toy from a clearance aisle years back but unfortunately I’ve been unable to locate it. I was really looking forward to taking photos of my rabbit on the thing. Here’s a scan of the box: 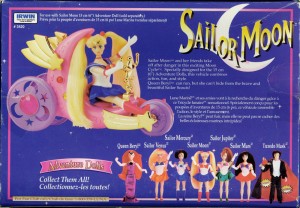 It is quite strange that Sailor Moon is called “Lune Marine” in French despite her name as Sailor Moon being long established in France by the time this toy was released.

Thanks to Sailor Moon Forums poster SailorDonut for spotting this one.