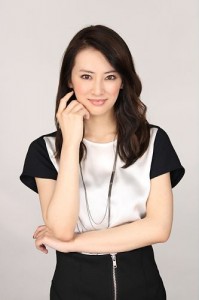 Keiko Kitagawa, the actress who played Sailor Mars in the 2003 live action version of Sailor Moon, will be starring in yet another Japanese drama series starting in October. The show is called “Akumu-chan” and it will be playing on NTV at 9pm every Saturday. Keiko has undoubtedly had the most success of all her cast mates since the show’s end, which is only fair considering she is by far the most talented and beautiful of the bunch. Besides many drama series Keiko has also starred in a number of Japanese films as well as having a small part in Fast and the Furious: Tokyo Drift.

In this show Keiko plays a teacher named Ayami Mutoi who has a student, Yuiko, who has nightmares which predict the future! This causes Keiko’s character to fight the future or something of the sort most likely to solve some mystery and right a wrong each week. This doesn’t seem completely unlike another series “Mop Girl” which Keiko also starred in which had her mopping up crime scenes and then going back in time to stop murders from occurring.

Keiko talked about the show and her role on her blog where she also posts a ridiculous, but not unwelcome, number of pictures of her cat Jill. Keiko, Jill is a girl’s name. What are you trying to do to this guy? I can’t read Japanese but google translate gives an English translation which is about as good as tossing a bowl of alphabet soup at a wall and hoping the letters land in the right order. 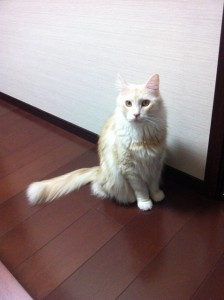 This show is based on a Japanese book “Yumechigae” written by Riku Onda in 2011. You can buy it from Amazon Japan but you’ll find owning it futile unless you can read Japanese.

Here’s a random video clip that doesn’t really say anything but has Keiko talking about how she’ll be on the show. You should watch it because Keiko is very pretty.

Rest assured the Japanese drama fan community is much like the anime fan community so we can expect that this title will likely be fan subbed for anyone interested. More on that once the show begins airing next month.

If you somehow have not watched the live action Sailor Moon series I urge you to just head over to the Internet, download this show and watch it before doing anything else. Don’t eat, don’t sleep, don’t go to work, just watch it and thank me later.

Thanks to SOS Sailor Moon Brazil which is somehow the first place I heard this news from. English speaking readers can also not read the show’s official site for more information.